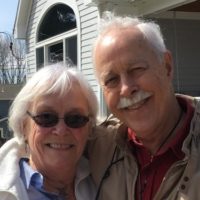 Editorial Note: Several times over our 2019 season Dick Benton has taken the time to share his thoughts and observations about club activities by posting to our forum.  Unfortunately several of his posts were hidden in the dark recesses of our website server (undoubtedly by mysterious agents of a conspiracy involving beings from other worlds ).
Since great prose refuses to remain in the shadows, we were able to recover his work and he has graciously given me permission to publish it with some very minor edits for clarity when necessary.

Applause to Dave and Cindy Little on their first organized Run, also our first Run of the 2019 NMC season. We drove sixty miles to the start point and sixty back home, adding seventy-two miles of pure excitement within our group of about twenty cars.

The trip to southern Connecticut was well worth it.  We held an excellent pace for many miles over purely Miata terrain, proving out (as always) the exceptional handling of our little cars, and especially how our Miata MX-5 wheels seemed so magically glued to the pavement as we rounded corners.

We were guided through much beauty, past little towns with big, impressive homes. We enjoyed the great stone architecture placed amongst well-treed forests by Nature’s hand along our way. We made our mid-Run pit stop at Gillette’s Castle, always a treat, and finally pulled into the Fish Tale Restaurant in Madison on the CT shore to end the Run.

Holly and I hope this will be only the first of many organized runs Dave and Cindy Little will plan and conduct in the future. They definitely have a knack for it.

Super ride, super day, doesn’t get any better! When I made my silly comments at the 202 Tavern’s long table I was thinking of Roald Dahl’s famous quote, “A little nonsense now and then is relished by the wisest men.” I was riding the high at the time and hope everyone took it as I intended. Fact is, we had a seriously fun day. If my figures are correct, we had fourteen Miata’s and twenty-six people.
Our ride was long and almost ran overtime. Thanks to key members who did the necessaries, including getting us back together when half the group missed Cheshire Road on the way to Rt. 42. (It’s the one I referred to as the FUN road.)

They all were fun, some rough but most smooth and cool running. Thanks to Joe for being tail-gunner and to Marcel and others for reforming the group in time. How about those four wild turkey’s that made a sound judgement NOT to cross in front of us! Most of us didn’t see the huge hawk we disturbed from its road kill meal, but Holly and I drove pretty much under it just feet above us while it desperately tried to gain altitude.

Some points about the ride: there seemed to be a more stop signs and traffic signals during the Run than when we ran it in May. What’s up with that? And the other thing, multiple regrouping, points up the beauty of avoiding wide highways and population centers, but those routes served getting to our widely separated wineries best. For next year I think we’ll go north into the Berkshires.

End note: euphoria is always a nice feeling as we break for home, and it tells us it came out well. Thank you all.

Dan and Sandy ran a fine Hudson Run. We had many miles of good road (I speak of Miata roads, the wavy, curvy up and down kind that makes the heart beat faster), many of miles not so good and one notable dirt road, but they all got to where we were going. (Seems NY needs to get into road repair just like CT.)

We had great views as advertised, one huge bridge (always spectacular; and magical, too – do we just drive over them and think nothing of the engineering that went into that monolith, I ask) over the Hudson River and not two but three wineries on the other side. Why not? We had time.

Our cars all ran without a hitch and everybody paid attention. Dan paced the group well. The predicted bad weather held off until we had ensconced ourselves happily in our hosts house and didn’t care if it rained or not.

And did I mention, the food was delicious.