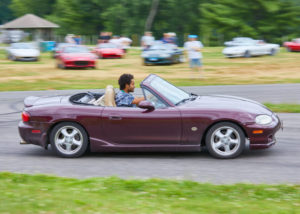 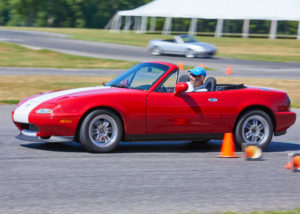 Saturday July 13th’s hot and sunny weather didn’t stop the club’s enthusiastic  drivers from entering some blistering lap times during a full day of spirited driving.  Both the drivers and spectators enjoyed the spectacular summer day at the  historic race track set in a picturesque valley in Connecticut’s Litchfield hills.

After a 9am drivers meeting the drivers took turns running practice laps on the upper and lower oval tracks.  Finding the proper lines and testing the limits of their cars resulted in a few spin-outs and lots of smoking tires.

Off track the picnic like setting added to the day’s festive atmosphere. Many of the club members that came to watch gathered in the shaded area over looking the track.  The drivers traded racing tips and complements on each others cars while waiting for their turn on the track. 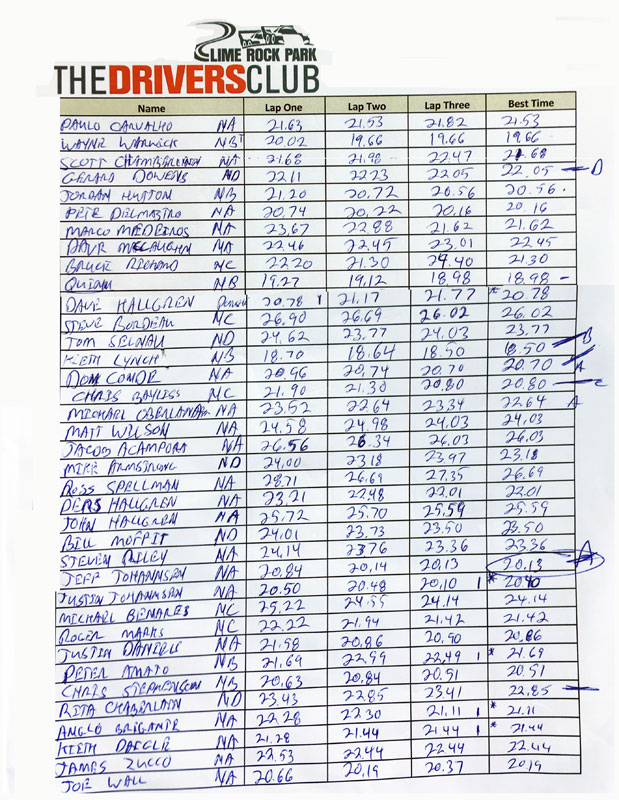 Spirits were high among the competitors and after a delicious catered lunch (thank you Justin!) the timed trials began. The competitive portion of the day’s events concluded with the mid-afternoon trophy award ceremony.

Then the fun really began on an expanded track circuit.  The two ovals were joined into an up and down hill dog-bone shaped track configuration with an S curve thrown in for more excitement.  The more experienced drives as well as the novices were eager to get back behind the wheel and do some more zooming!

Some of them availed themselves of the free coaching that was offered and all enjoyed the challenge of pushing their limits on the expanded track. Participants were also riding along with each other to compare techniques and driving styles. The smiles were slow to fade as the real diehards were treated to essentially unlimited runs right up to the 5 o’clock cutoff.

Use THIS LINK to view and download pictures of each car and driver plus more images from the day.